Tom Wolf is based in Saskatoon, SK and has 31 years research experience in the spraying business. He obtained his BSA (1987) and M.Sc. (1991) in Plant Science at the University of Manitoba, and his Ph.D. (1996) in Agronomy from the Ohio State University. Tom focuses on practical advice that is research-based to improve the efficiency of producers. He also rides a unicycle to the office most days.

Turn compensation is a feature in pulse width modulation (PWM) sprayers in which nozzle output matches the boom’s speed during a turn. When turning, the inside and outside of a boom travel at different speeds, resulting in over-dosing on the inside and under-dosing on the outside. Read about PWM systems here, here, and here.

The degree of the problem depends on the inside turn diameter. Clearly, the tighter the turn, the more severe the over-and under-dosing. The ability of a PWM sprayer to compensate also depends on the turn tightness, as well as the Duty Cycle (DC) the system is operating at during the turn. 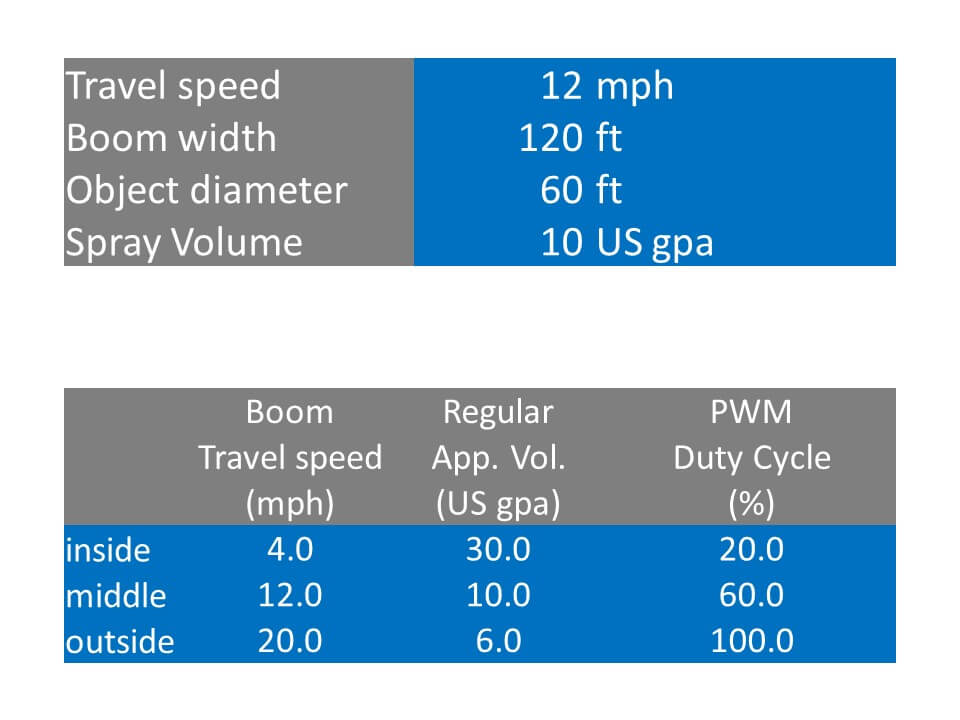 In the above example, a 120 ft boom makes a turn around an object with a 60 ft diameter. Assuming a 12 mph speed and an application volume of 10 gpa, the inside of the boom travels at 4 mph and applies 30 gpa, or 3x. On the outermost nozzle, the speed is 20 mph with an application volume of 6 gpa, or 0.6 x. A sprayer operating at 60% DC would be able to correct the application in this turn by operating at 100% DC on the outside and 20% DC on the inside.

But completing the turn at other DCs may be problematic. In this case, lower sprayer DC would require the inside DC to operate below 20%, which may not be possible, depending on the system. Conducting the turn at higher DC would prevent the outer boom from meeting the flow requirements, resulting in under-dosing.

Optimizing the benefit of turn compensation requires the operator to enter the turn at a DC that meets the objectives. Is it more important to prevent under-dosing of the outside perimeter? If so, slow down in the turn (reducing DC) and maximize the extra capacity at the outside of the boom, possibly at the cost of over-dosing the inside.

The agronomic benefit of turn compensation is to provide sufficient pesticide dosage where it’s needed. It’s been reported that repeatedly applying sublethal herbicide dosages at the same site can lead to the development of polygenic resistance in some outcrossing weed species. These areas are likely to occur at the outside boom location of a permanent landscape feature that the sprayer moves around year after year. 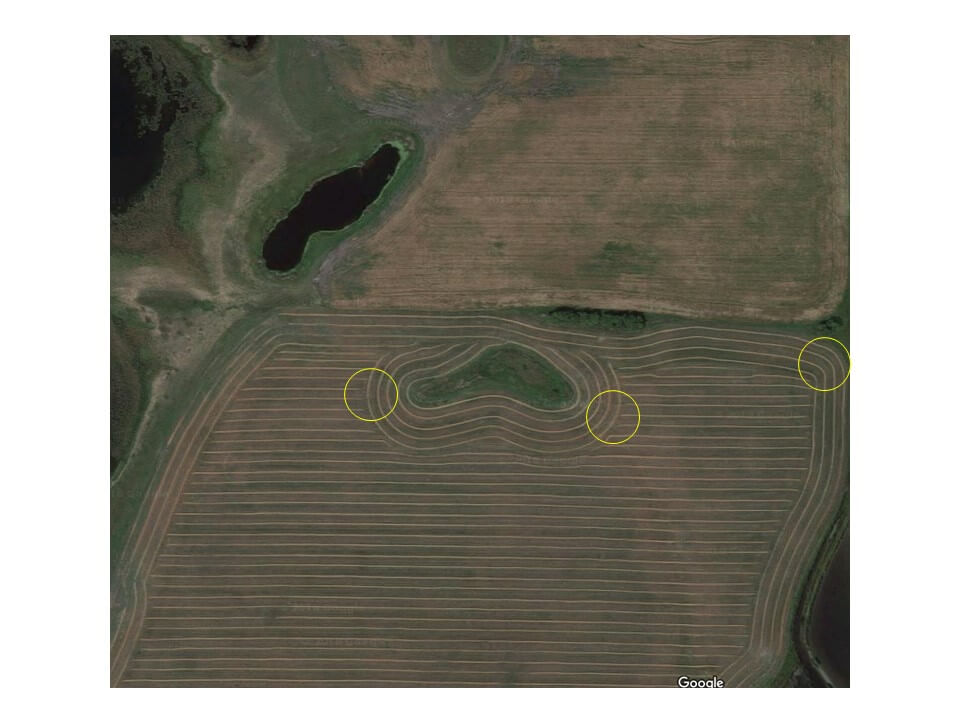 Turn compensation is a valuable feature in all agricultural operations where input distribution uniformity is important. Spraying is no exception, and PWM makes it possible.