Commercial sweet corn growers must use spray application equipment capable of depositing spray material at the ear zone. These producers often hail from small, diversified vegetable and fruit farms that sell direct to the customer. For example, in 2013 New Hampshire’s Hillsborough County had about 500 acres planted to sweet corn. The seven farms ranged from 35 to 80 acres, and five of those farms also had orchards. Only one farm used an over the row (high clearance) sprayer, while the rest managed equipment costs by using their orchard airblast sprayers. While uncommon in Ontario, airblast application continues to be a very common practice in the US. 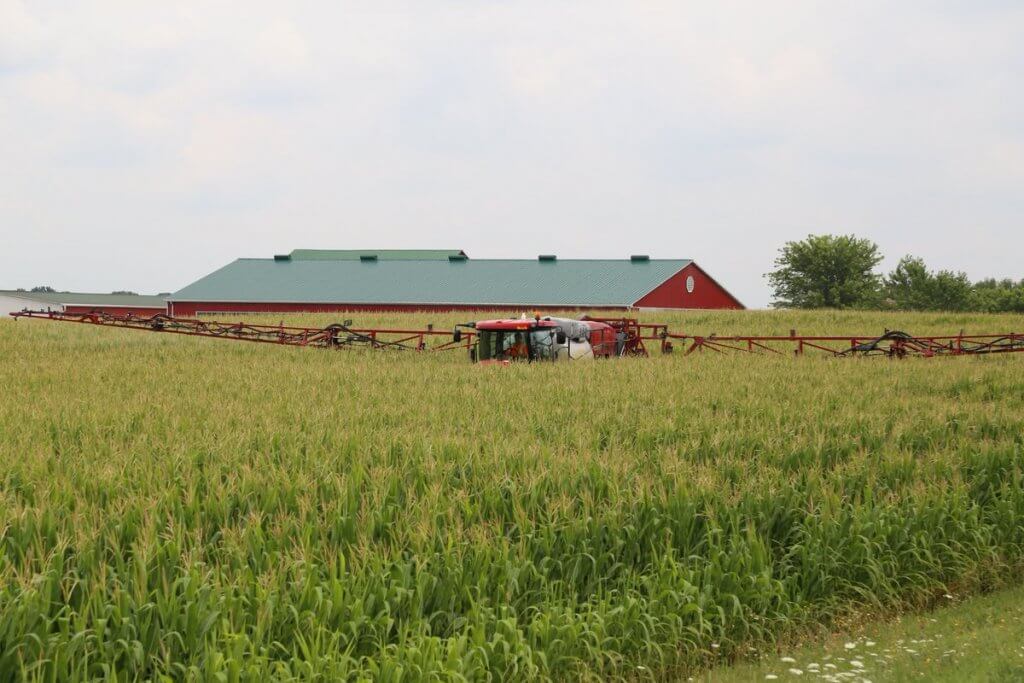 So, if high clearance or aerial application isn’t an option, what are the limitations of using a directed application from an airblast sprayer? George wanted to find out, so he used water sensitive paper to compare coverage when spraying mature sweet corn plants. 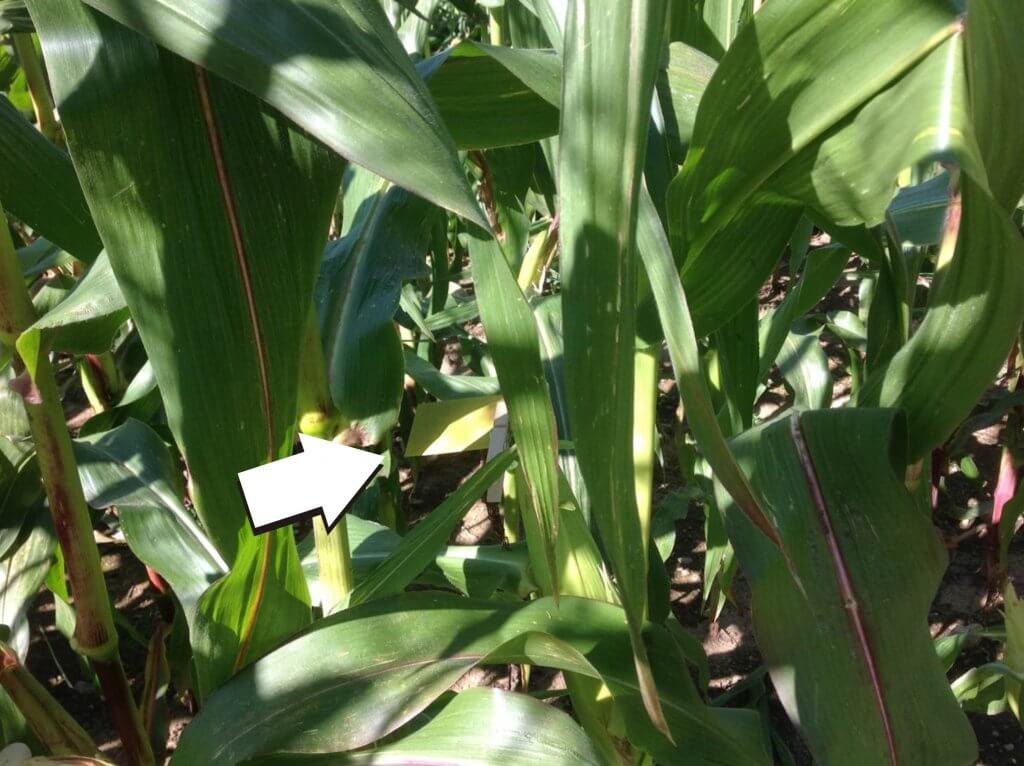 He first sprayed an 18 row, and then a 16 row block using a Jacto cannon sprayer.

Results from Jacto spray passes in 18 row block. Top: Driving both sides. Bottom: Driving only one side.

They then used the cannon on both sides of a 16 row block to see if a shorter swath would improve coverage in the centre rows. It is a little difficult to discern from the photo, but the beyond the four outer rows, the centre rows have far better coverage.

Jacto Cannon Sprayer spraying from both sides of a 16 row block.

Finally, they used a more conventional axial Durand-Wayland airblast sprayer to spray a 12 row block from one side, and then from two. 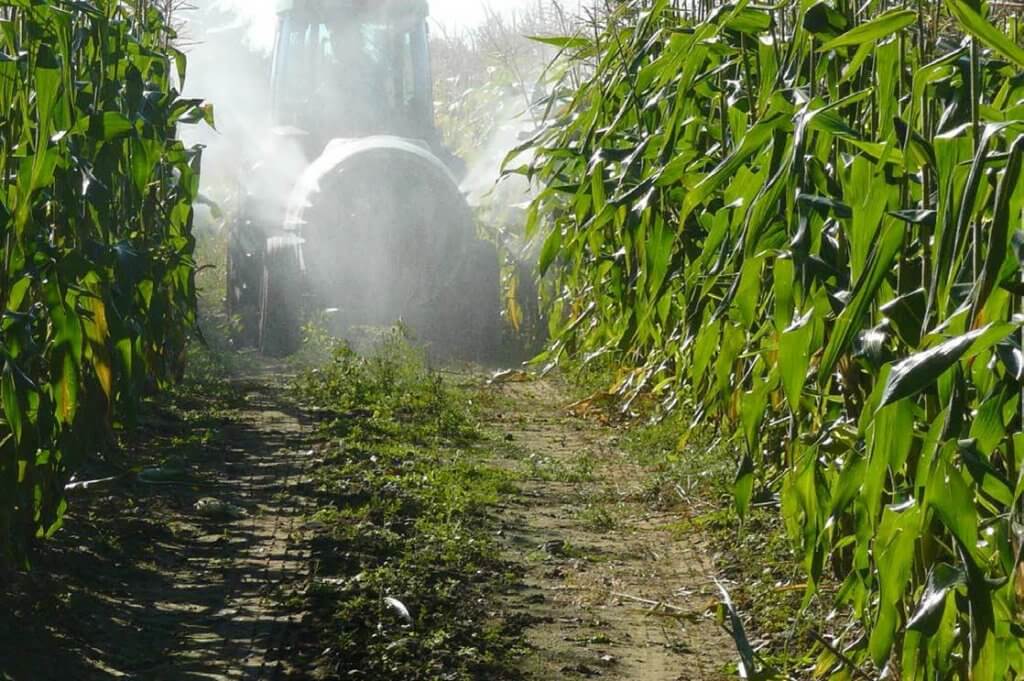 Once again, a shorter swath distance improves coverage in the middle rows, and spraying from one side results in poor coverage uniformity.

Results from DW spray passes in 12 row block. Top: one side only. Bottom: Both sides.

Close-up of DW performance spraying from both sides in 12 row block.

In 2018, Ben also tried tackling the airblast / sweet corn combo. He and a grower used an AgTec cannon to spray from one side into a block of 5.5′ high corn on 30″ centres. They were travelling about 4 mph and spraying 50 gpa. Water-sensitive papers were placed at the top (N) middle (MID) and bottom (S) of the ear zone on rows 1,3,5,9,11, 15 and 20 rows to the west of the sprayer’s path. He used the Snapcard app to determine cover (see table).

Watch the video of Ben and the grower spraying water:

In both George’s and Ben’s trials, we see that spray droplets lose forward momentum as a function of distance from the nozzle. Fine droplets, typical of airblast sprayers, require air to carry them to the target. When the air produced by the sprayer slows, they begin dissipate and move erratically. Now, consider that the corn canopy itself is acting like a filter, scrubbing the spray from the swath as a function of distance. This is further exacerbated by environmental conditions such as wind, humidity and thermals.

In Ontario, we’ve tried directing cannons both laterally and downward (the up-and-over technique) in highbush blueberry, grape and cedar nurseries. We’ve tried increasing air speed, slowing sprayer travel speed and increasing spray volume. In each case we incur excessive coverage near the sprayer, extend the reasonable coverage zone a bit, and have only a modest improvement as the spray inevitably slows and is filtered.

So, we feel the best approach for spraying sweet corn with an airblast sprayer is as follows: