In Part One of this article, we showed that approximately 40% of minor use label expansions and registrant submissions rely on data from hand booms and guns. We also showed that a hydraulic backpack or knapsack will not give the same coverage as an airblast sprayer, and we concluded by suggesting that small plot researchers use spray equipment that reflects grower practices.

Unfortunately, practical logistics prevent most researchers from using a full-size airblast sprayer. They may not have access to such a sprayer, and if they do, it takes considerable time to mix and clean between treatments. Further, treatments are often only a single row, or even a single plant. It takes too much pesticide, too much time, and too much plot space to justify using a full-sized airblast sprayer, even if the relevance of the results are questionable.

Would another method of application better emulate an airblast application but retain the convenience of a hand boom or gun?

Comparison of average % coverage in peach, raspberry and grape using a mistblower and air blast sprayer emitting he same volume 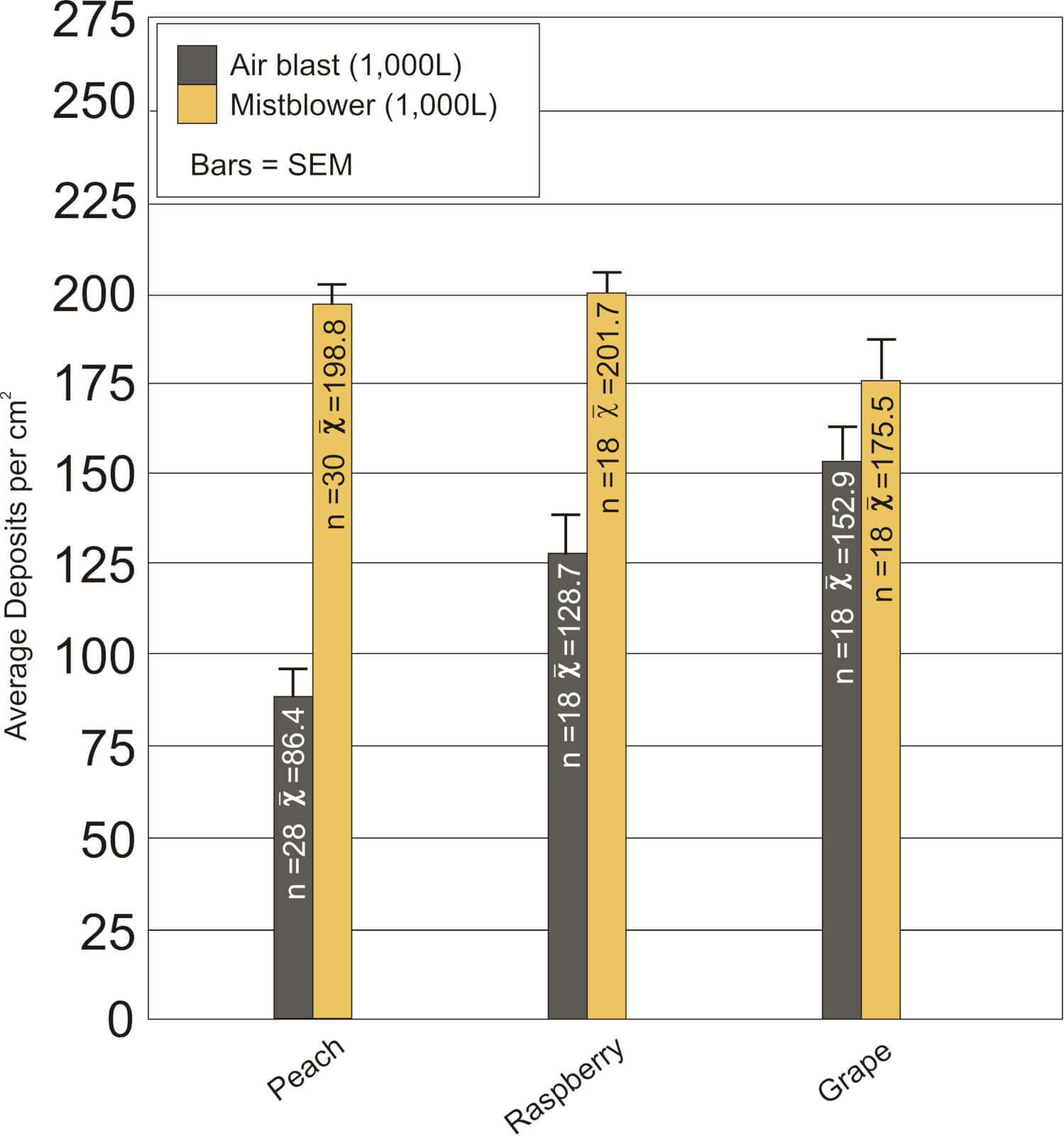 Comparison of droplets per square centimetre in peach, raspberry and grape using a mistblower and air blast sprayer emitting the same volume

The mistblower met, or in the case of droplet density, exceeded the coverage obtained using an air blast sprayer in most crops. The results led to a few observations: 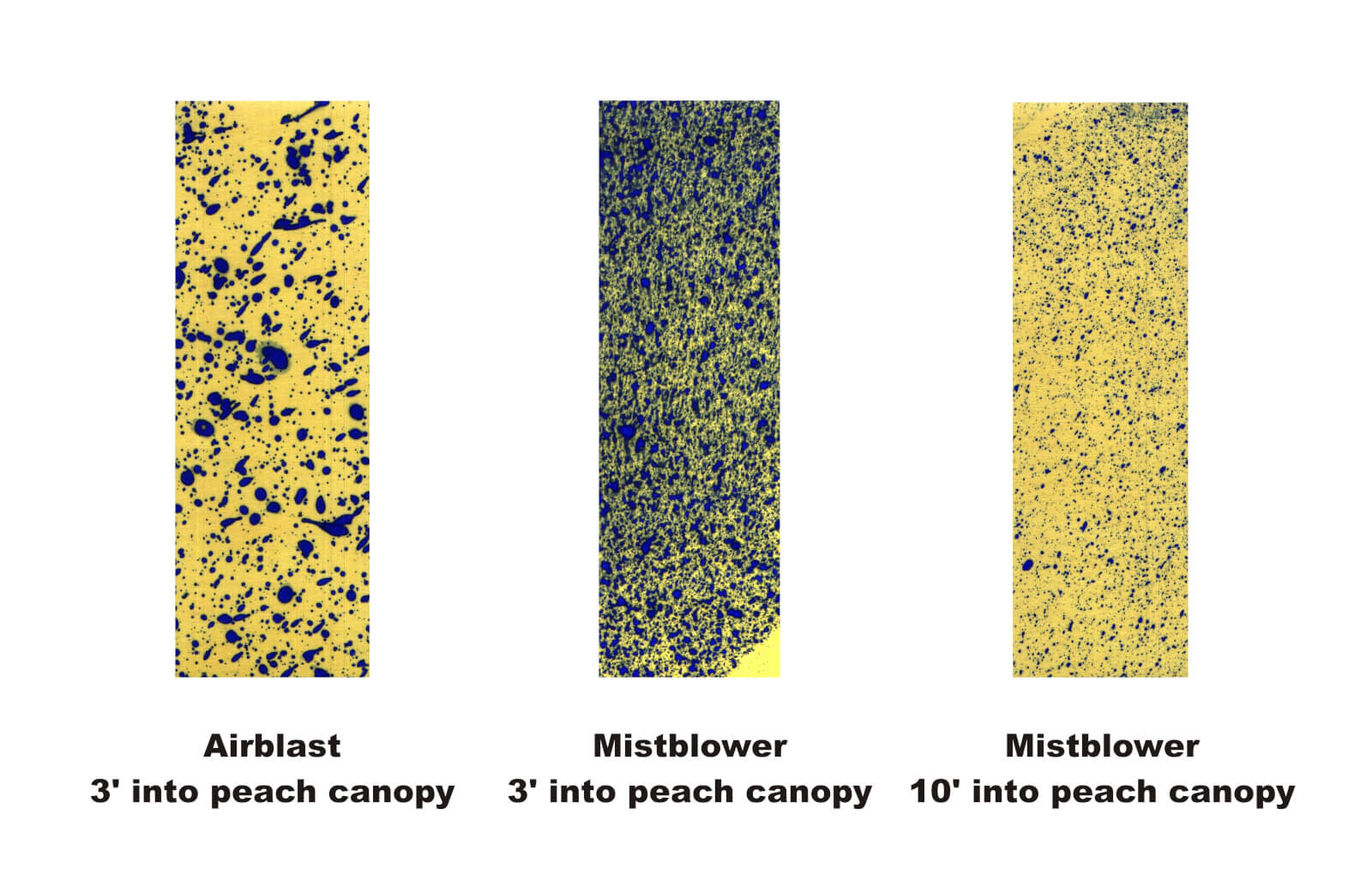 Thanks to Vaughan Agricultural Research Services Ltd. for their assistance in the research performed for this article.